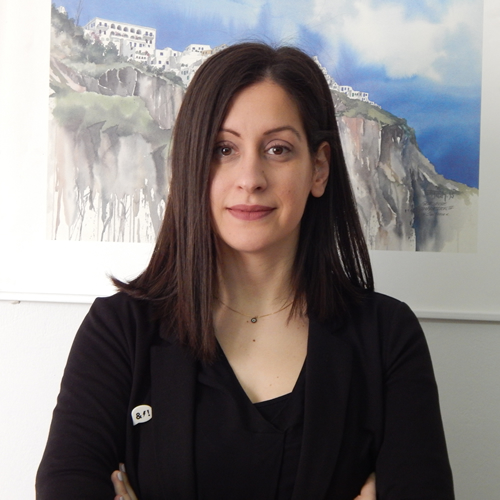 Laskarina-Maria Korou is a veterinarian and has a PhD on animal models of human disease from Athens Medical School and a Master Degree on Animal Science from the Agricultural University of Athens. She works at the Ministry of Rural Development and Food in Greece since 2009. She is responsible for the design and coordination of the greek Rabies Control and Eradication Programme representing the country in international scientific meetings and working groups organized by the European Commission. For the needs of the Rabies Programme, she collaborates with both veterinary and forestry services as well as with hunting federations while cooperation with the National Reference Laboratory for Rabies in animals and the Hellenic Center for Disease Control and Prevention is daily. In parallel, since late 2017 she is Head of the Crisis Management Department of the Ministry working on emerging situations related to public health, zoonoses or plant production and health.

Previously, she worked at the Animal Health Directorate of the Ministry on zoonotic diseases with main focus, besides Rabies, on Bovine tuberculosis, Listeriosis and Q fever while in the past she worked at the Veterinary Public Health Directorate dealing with the hygiene of food of animal origin and the coordination of the controls carried out by the regional veterinary services on establishments producing food of animal origin.

Robust surveillance efforts combined with effective methods to increase awareness of the disease are key components of successful control Rabies Programmes. The last confirmed Rabies case in Greece was detected in May 2014 in a red fox in Central Macedonia. Oral Rabies Vaccination campaigns, along with other measures adopted in Greece and other EU countries, significantly contributed to the control of the disease although ongoing interventions in order to prevent Rabies reemergence are required. Rabies eradication from wildlife in 2020 in the EU remains a goal but also a challenge.